Villa Winter, in Cofete in the south of the island of Fuerteventura has always been somewhat of a fascination for me. From the first moment that I accidently came across it, I have been keen to find out as much as I could about it´s history and connection to Hitler. The purpose of my original visit, like with most people was to see the famous Cofete beach but on arrival we also came across an oddly placed cemetary and a white villa propped on the side of a cliff so we went to have an investigate!

After the first brief visit around the top floor I started to research the villa online and found many rumours of hidden lava tunnels where submarines were docked during the war, facial surgery to change the identities of German generals , torture and of course Hitler´s suposed frequent prescence at the villa.

Recently, I had the opportunity to visit again and after hearing that a man called Pedro, the grandson of the original caretaker of Villa Winter had recently taken over it and was keen to expose the history, I couldn´t wait to get there.

When we arrived, we weren´t sure to start with if it was open. The elderly gentleman on the door didn´t seem to understand our questions and made no comment at all. There was a little money box in front of him so we decided to leave some euros and enter. Whilst we were looking around one of the main rooms, Pedro approached and asked us if we were interested in the history of the villa, we told him yes, we were and he proceeded to show us around the villa and explain about the articles from the war that he´d come across. These included helmets and other war items, a general´s uniform, some sort of chargers and of course newspaper cuttings and war letters documenting the suspicion of  Hitlers prescence at Villa Winter.

After a while, he removed a key from his pocket and asked if we would like to have a look around the lower floor. Not having heard that anyone had ever been down there before we jumped at the chance and with another couple from Madrid, we went with Pedro through a locked door and down some stairs to start the “tour”.

The first thing that we came across was a “kitchen”. I say it like this as the only similarity to a kitchen were the tiles on the wall. To me, having worked for a long time in a hospital, I saw more of a similarity to an autopsy or surgery room. The long, stone worktop was slightly sunken inplace compared to the cupboards beneath, it was about the length of a fully grown man, at the end there was a sort of sink that led out to a drain in the middle of the floor. There was a small crematorium oven exactly the same as ones in Auschwich. The air was oppressive and at first I wasn´t sure if I wanted to continue, however the privilige of being able to see this was too much not to.

Around the corner was a sight that I will never, ever forget. A long, dark, narrow tunnel with various doors going off it left and right. It had such a feeling of such sadness and pain. The big guy from Madrid next to me, showed me his arm covered in goose bumps. My whole body felt like that. For an hour, Pedro told us tales of torture (including of children), facial surgery, submarines, hidden tunnels, bombs and Hitler. Of the execution of the locals who built the villa with it´s underground tunnels and hidden rooms, all buried in the oddly placed cemetary. Of mediums who had visited and spoken of the hundreds of tortured and trapped souls, I hadn´t needed to hear this because I could already feel them. At one point I found myself crying, along with the girlfriend of the big guy, who himself, persistantly touched his chest and claimed how heavy it felt.

When we left, we thanked Pedro and promised to share his story. We went down the steep path back to the beach, changed our clothes and dived into the sea, a cleansing of some sort.

If you ask me if I would recommend a visit to Villa Winter, then the answer is yes. It´s not for the faint hearted but those poor souls deserve to have the shocking history uncovered.

You can follow Pedro from Villa Winter on Facebook (search Pedro Fumero Casa winter) and on   there are numerous videos. 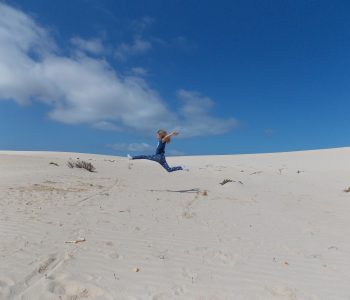 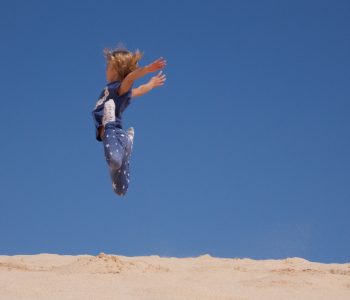 Top tips for learning a… 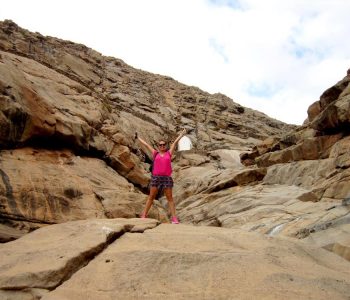 Verb of the week